EKSTER’S MODERN-DAY SMART KEY HOLDER IS COMPACT, TRACKABLE, AND HAS A BUILT-IN FLASHLIGHT 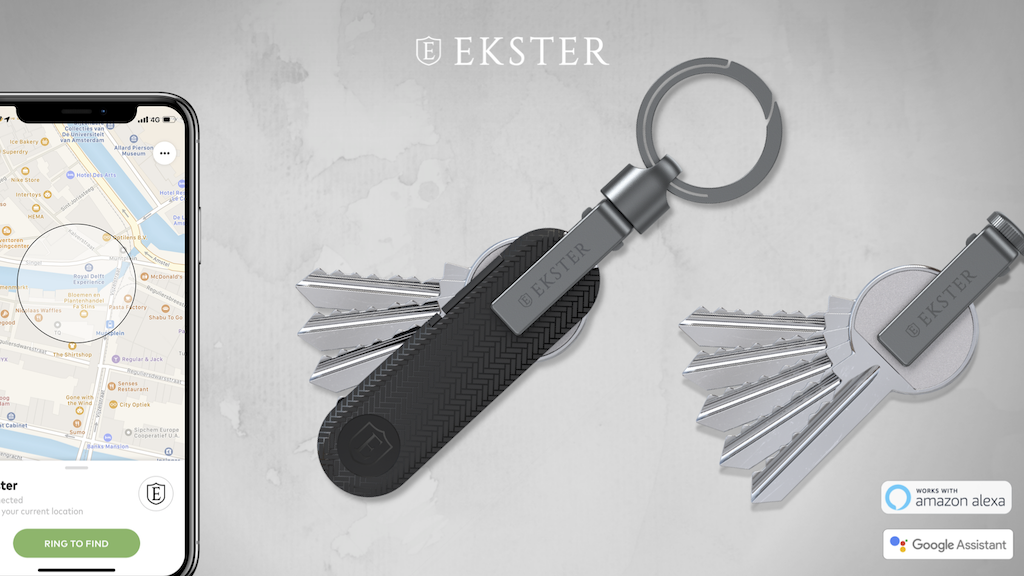 Think of the Ekster Key Holder as the love-child of a Swiss Army multitool and your keychain. It holds your keys all right, but it’s compact, beautifully organized, modular, and sensible… like a Swiss knife.

As the video above and its bungling protagonist suggests, regular keychains do just half the job by stopping the buck at vaguely collecting your keys, rather than recognizing and solving any problems that arise around key-carrying. They’re impossible to use in the dark, or even in the day-time if you’ve got too many similar-looking keys, and unless they’re strapped to your pants via a retractable cord, they can get stolen or lost… however, that isn’t quite the case with the Ekster Key Holder.

Designed to categorically solve the aforementioned problems (and look pretty sleek too), the Ekster Key Holder proposes a more structured approach. It features a holder that arranges your keys in a defined linear pattern so you know which key is where. Got similar keys for your home door and your garage door? Arrange them so you know the home-key comes first and the garage key comes second. Moreover, the Key Holder even comes with a Chipolo-based tracker that lets you constantly keep tabs on the location of your keys.

The tracker lets you precisely pin-point your key-holder on a map, letting you see where you left it last… or better still, letting you track its movement in real-time if it gets stolen. You can even “ring” your keys via your phone, and they’ll immediately begin buzzing wherever they are, making them easier to locate at home if you’re a bit of a clutter-brain like I am.

The one feature that excites me most, however, is the sensibility of building a flashlight right into the Key Holder’s body. Placed strategically so that the light points in the direction that the key faces, the Ekster Key Holder makes fumbling in the dark a thing of the past. A dimpled button (with the Ekster logo) lets you trigger the flashlight, while even working with your phone via Bluetooth to function as a camera trigger for effortless selfies. Let me know when your regular keychain can do all that.

The Ekster Key Holder can store as many as 6 keys along with the tracker (or 8 keys without). It even comes with a quick-release ring for larger keys and car-fobs, acting as the one, singular place to organize your keys in a way that’s smart, sleek, and easy to locate and use… Plus, you won’t miss your keys jangling away in your pants like you’re some one-man Mariachi band.

The Ekster Key Holder is a minimalist solution that keeps all your keys organized, secure and easy to access.

The Ekster Key Holder organizes all your keys in a compact, silent stack, which you can flip through with just one hand. Say goodbye to keys jingling in your pockets, or scratching your valuables.

This Key Holder stores 3-8 keys comfortably and is built for easy assembly on the go; no tools necessary. It comes with a magnetic add-on, allowing you to attach larger keys (like car keys) without the hassle.