With Italy now at the center of active Coronavirus cases, the country is in lockdown to combat the rapid spread of COVID-19. A large number of cases means that, inevitably, a huge strain has been placed on Italy’s healthcare system and its supply chain.

Reports provide details of a hospital in Brescia with 250 Coronavirus patients in intensive care connected to breathing machines. Soon, however, the hospital had run out of respiratory valves which are needed to connect the patients to the breathing machines. The original supplier of the valves was unable to supply the new ones in the time required.

In response, Cristian Fracassi, CEO of Isinnova, a Brescia-based engineering firm, used 3D printing to meet the hospital’s demands and, in the process, save some of the patients’ lives. Working with local machining manufacturer Lonati, they were able to produce 100 respirator valves in 24 hours. 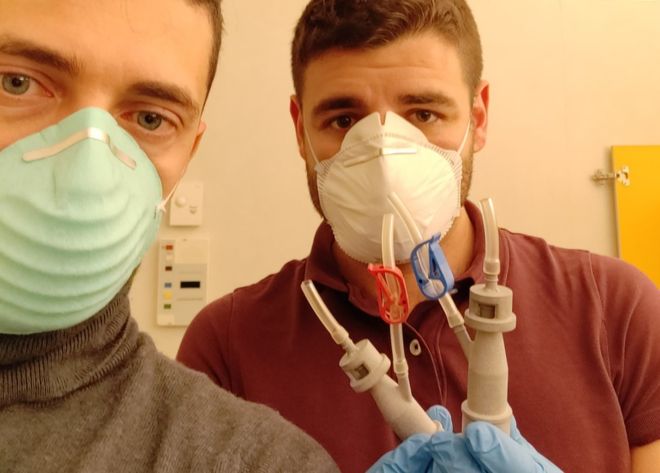 Once the Brescia hospital realised its regular valve supplier could not produce the valves on time, it was forced to think of alternative solutions as it had run out of breathing tubes for the intensive care machine. In its search for different methods to produce the valves, the hospital was helped by Italian journalist Nunzia Vallini. Vallini is responsible for putting the hospital in touch with Cristian Fracassi.

Fracassi’s company Isinnova specializes in product development – the firm helps turn innovative ideas into finished products, often using 3D printing. As such, Fracassi’s expertise and skills were suited to the task at hand. He immediately visited the hospital alongside mechanical engineer Alessandro Romaioli to see the valve themselves, upon learning about the situation. Afterward, the pair set about creating a prototype of the valve to test on the patients. Speaking to BBC News, Romaioli explained: “They tested it on a patient and they told us that it worked well and so we ran again back to our office and we started to print new valves.”

Having completed production of the successful prototype, Fracassi and Romaioli then joined forces with Lonati to use the company’s SLS 3D printer to meet the demand of the valves, combined with Isinnova’s six 3D printers. Each of the devices takes around an hour to 3D print, and cost less than €1 each to produce. 10 confirmed patients have been connected to a breathing machine via a 3D printed valve.

Although Fracassi is working for free, he explains that he does not plan to release the design publicly, despite additional hospitals requesting more valves. There have been reports that the original manufacturers of the valves could potentially sue for copyright breaches, since it did not authorize the reproduction of their product, and that it will not share the blueprint for the valve consequently. However, talking to the BBC, Fracassi states that printing the valve would be difficult for most users, and that it should be done in clinical environments regardless: “The valve has very thin holes and tubes, smaller than 0.8m – it’s not easy to print the pieces,” he said. “Plus you have to respect not [contaminating] the product – really it should be produced in a clinical way.” 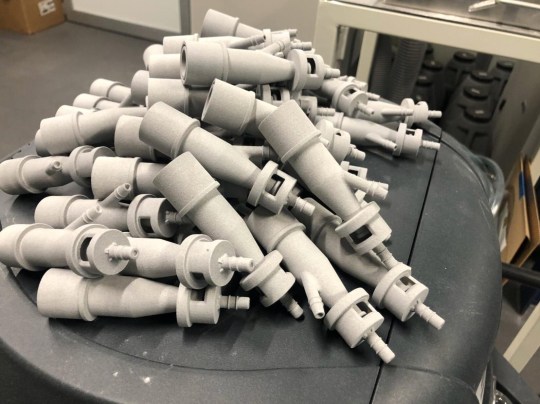 3D printing in times of need

The advantages offered by 3D printing means that when the supply chains of critical products are strained, like medical supplies, it can play a pivotal role in producing such vital equipment when they are hard to source. We have seen this now amid the ongoing coronavirus crisis, however, these advantages of the technology have always been apparent. For example, amid the ongoing Syrian civil war and refugee crisis, sourcing prostheses via traditional manufacturing means has proved difficult due to the complications of delivering items into a warzone. As such, it can take a while for these medical devices to reach those in need of them, as well as proving costly. In response, various organizations have turned to 3D printing to produce prostheses, which significantly reduces the cost of manufacturing, and allows the devices to reach patients faster.

Importantly, Fracassi raised concerns regarding the clinical aspects of the valve, as many have begun to request the file of the part to produce it themselves. Although 3D printing can be useful in circumstances where medical devices are hard to source, especially as the technology is so accessible, these devices need to be cleared for clinical use. This applies to the design, material and technology leveraged to produce the part; it needs to be tested and approved. As the coronavirus continues to cause a strain on hospitals around the world, 3D printing can play an important role in keeping patients alive, however, certain practices should be adhered to to ensure the safety of the patients as well.

The nominations for the 2020 3D Printing Industry Awards are now open. Who do you think should make the shortlists for this year’s show? Have your say now.

Subscribe to the 3D Printing Industry newsletter for the latest news in additive manufacturing. You can also stay connected by following us on Twitter and liking us on Facebook.

Looking for a career in additive manufacturing? Visit 3D Printing Jobs for a selection of roles in the industry.