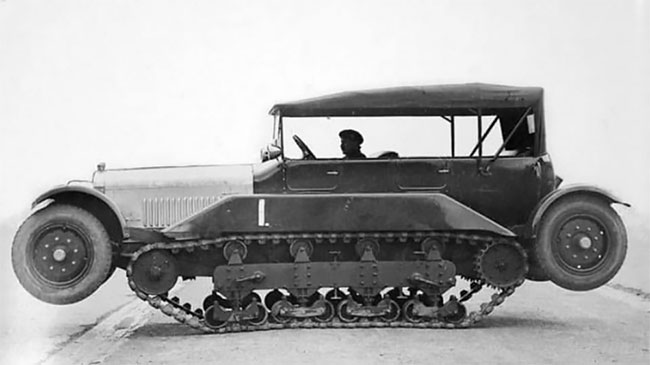 If you’ve ever gotten a car stuck in the mud, snow, or any other kind of slippery surface, then you have an idea of how helpful having tank-style tracks can be in specific scenarios. Obviously, though, there are disadvantages to driving a tank around city streets, but that’s a problem that Wolseley-Vickers attempted to solve with its “Wheel-Cum-Track” car all the way back in 1926. 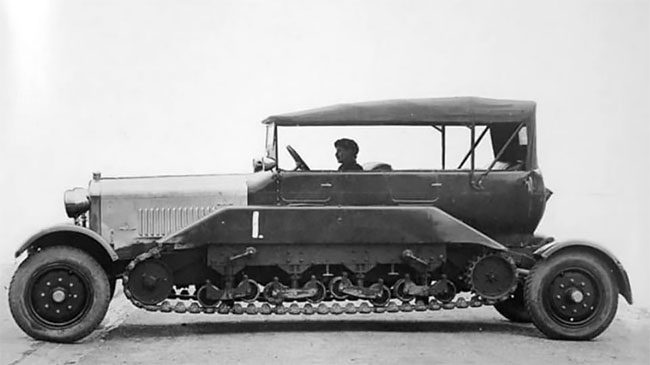 Equipped with both tracks and regular wheels, the vehicle could be driven around like a traditional car or it could lower its tracks to tackle tougher terrain like a tank. It’s called the Wolseley-Vickers because it’s actually based on a regular Wolseley car, with Vickers adding the track system later on. That being said, it’s not a very aesthetically pleasing combination, to say the least. 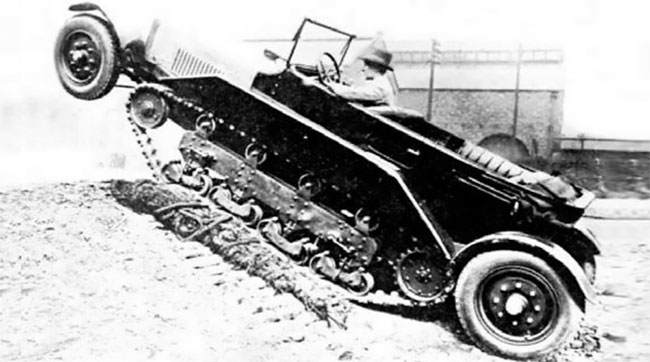 Being built in 1926, there’s not much information readily available about it, but we do know it was likely being evaluated for use as a sort of all-terrain staff car. Records from the British Imperial War Museum seem to indicate that the car was tested in trials to determine its capability against a number of other similar vehicles, including offerings from Citroën and different British manufacturers along with Vickers. 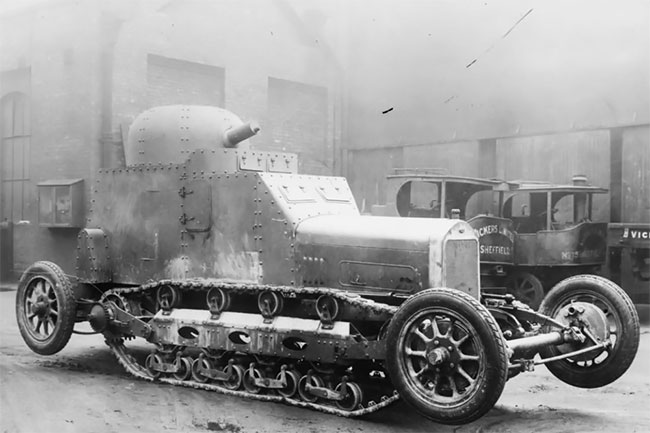 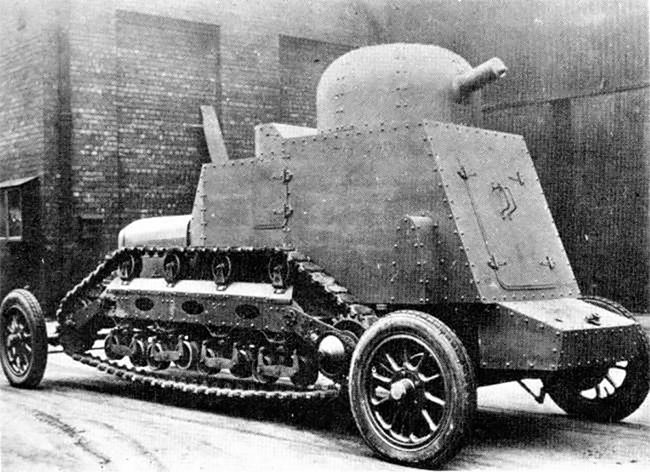 In the end, one can assume that the need for such a vehicle was satisfied by less-complicated contraptions like half-tracks and smaller, faster tanks. However, the Wolseley-Vickers “Wheel-Cum-Track” car is still an interesting vehicle, and indeed one that was likely as cool to drive as it was complex. It certainly has a unique aesthetic, to say the least.